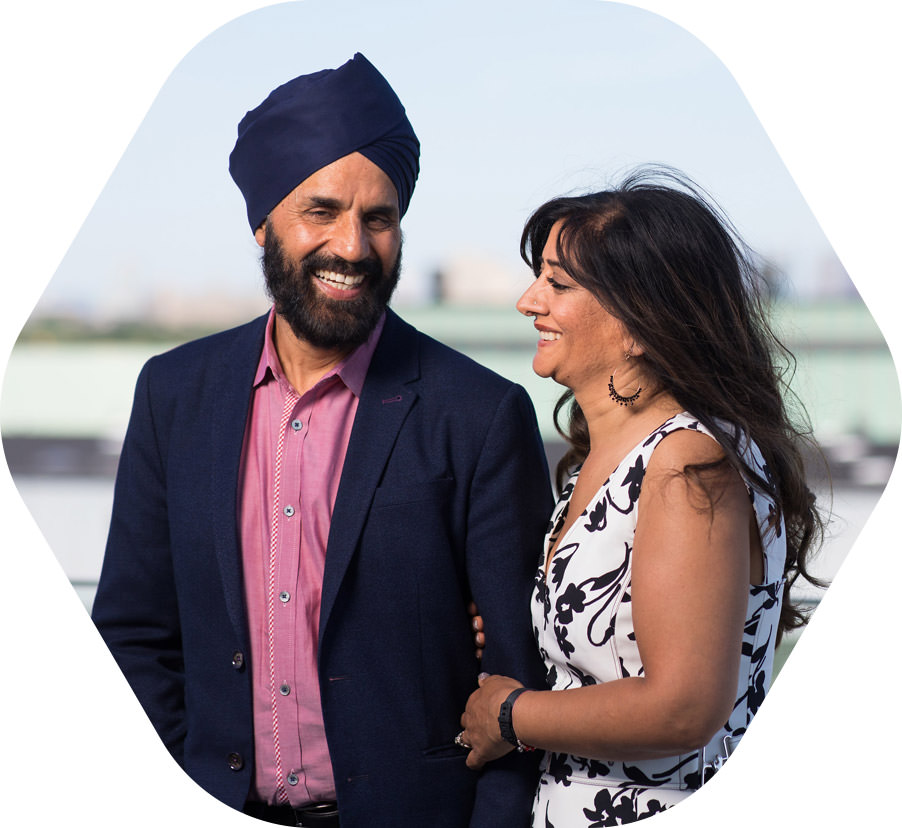 Scientific integrity and innovation have been central to the AOR philosophy since its foundation. AOR’s origins lie in the pharmacy of the organization’s Research Director, Dr. Traj Nibber, when he was contacted by People With AIDS (PWA) advocacy groups searching for a source of hard-to-find formulations for AIDS buyers’ groups. His initial surprise at the lack of access to these nutritional supplements soon turned to empathic frustration, as he realized how many people were suffering from the failure of the dietary supplement industry to make available nutrients whose role in health were well-established by rigorous scientific investigation – and the simultaneous willingness of the same companies to promote supplements on flimsy scientific evidence.

Dr. Nibber found a supplement industry which refused to evaluate new evidence or to hold their existing lines up to the light of clear standards of evidence; which was happy to keep selling yesterday’s products when a superior, innovative supplement was better-documented by research. He also found that most companies were unwilling to develop genuinely novel orthomolecular interventions, preferring to respond passively to the marketing of supplement raw materials – new or old – by their suppliers. He also found that the industry was too willing to be cowed by government regulators and by bureaucratic red tape, and to skimp on quality control to lower prices even at the expense of clinical efficacy.

At first, Dr. Nibber simply sourced and compounded the specific formulations needed by his PWA contacts. Later, as word of Dr. Nibber’s helpfulness spread and the need for his services expanded, Dr. Nibber began to develop standardized formulas that could be manufactured on a larger scale by contract manufacturers. As his contacts with global pharmaceutical and natural health product suppliers expanded and as he began to immerse himself more in the literature on nutritional factors in health, he began to develop formulations of his own and to launch new natural health products into a wider audience of health-conscious individuals, life extension radicals, and health practitioners seeking a new generation of more effective natural solutions to the chronic health concerns of their patients.

In a little over a decade, AOR has become a leading provider of genuinely innovative nutraceuticals in North America and around the world. We have continued to innovate over the years, consistently putting science-backed natural health products into the hands of health care practitioners and consumers.

1998
D-Ribose - First in World
D-Ribose is a naturally occurring five-carbon sugar that is found in all living cells. It is a building block of nucleic acids, which are the building blocks for DNA and RNA.
1999
R Lipoic Acid - First in World
Lipoic acid is a versatile antioxidant known for its ability to protect the brain and nerve cells from free radicals and heavy metals that promote cognitive and neurodegenerative diseases.
2001
Benfotiamine - First in North America
Benfotiamine is a natural form of thiamin (vitamin B1) that has been proven to be 5 times more absorbable than regular thiamin and has better penetration through cellular membranes.
2002
Strontium Citrate - First in World
Strontium is an important mineral for bone health and it is found in most foods where calcium is found.
2005
Sustained Release R Lipoic Acid - First in World
95% pure R-lipoic acid delivers the most effective form of this valuable antioxidant without the negative actions of S-lipoic acid.
2007
Oxaloacetate (benaGene) - First in World
BenaGene™ is stabilized oxaloacetic acid, the world's first novel and natural Krebs cycle intermediate compound that is specifically formulated to be highly stable and bioavailable. BenaGene offers the potential of longevity and vitality.
2009
Curcumin nanoparticles - First in Word
2011
nanoVAILABLE Boswellia - First in World
Sourced from the Boswellia Serrata plant, Boswellia is a standardized extract of a century’s old botanical, regarded for its role in supporting joint health, as well as inflammatory response support, respiratory and skin health.
2012
NOx3, 2, 1 Technology - First in World
Nitric oxide is a simple molecule produced in the body that carries out numerous functions, such as vasodilation, improving blood flow, oxygenation and nutrient delivery to the tissues, cell communication, immune responses, bone formation, and has antimicrobial and stomach healing properties, among others.
2014
Univestin - First in Canada
Univestin™ is composed of naturally occurring plant compounds known as flavonoids that are able to interrupt the key enzymes that begin the inflammation process.
2015
Vegan soft gels - First in North America
Softgels are an ideal delivery system providing greater absorption and thus faster and greater efficacy. The introduction of a vegan/vegetarian softgel format further allows individuals with certain dietary preferences the ability to take advantage of this superior delivery system.
2016
Epicatechin - First in World
Epicatechin is an active from cacoa for cognitive and CVD benefits.
2016
XOS First in - North America
XOS is a soluble prebiotic fiber that helps stimulate the growth of Bifidobacterium in the intestine. It has been shown to help improve bowel regularity, and helps provide gentle relief from constipation and diarrhea.
2016
Ovarian Health - First in Canada
2016
Monacolin K and Lovastatin Free Red Yeast Rice - First in North America
2017
CurQFen® and Turmacin combination - First in World
Curcumin Ultra is a unique combination of free-form curcuminoids (CurQfen®) with water-soluble turmeric polysaccharides (Turmacin®). This formulation not only resolves the bioavailability issues of other curcumin products, it also provides the highest levels of bioactive free-form curcuminoids currently on the market!
2018
Carageenan-free vegan softgels - First in World
Carageenan-free vegan softgels allow for an advanced delivery system for superior results, while also remaining easy to swallow with their smooth contour and shape.
2019
2019 LavaRox™ Probiotic - First Candy Rock Probiotic in the World
2019
Palmitoylethanolamide (P.E.A.) - First in Canada
Palmitoylethanolamide (PEA), is a long-chain fatty acidamide: a lipid that acts as a signaling molecule in the nervous system. PEA is an endocannabinoid-like molecule made in the body, but also widely occurring in variety of foods, such as butter, egg yolk, peanuts and in the lecithin or fatty portion of soy and sunflower oils.

One Body. One Life

Our formulas bring the most innovative supplements to the most important body in the world, YOURS!

One Body. One Life

Our formulas bring the most innovative supplements to the most important body in the world, YOURS! 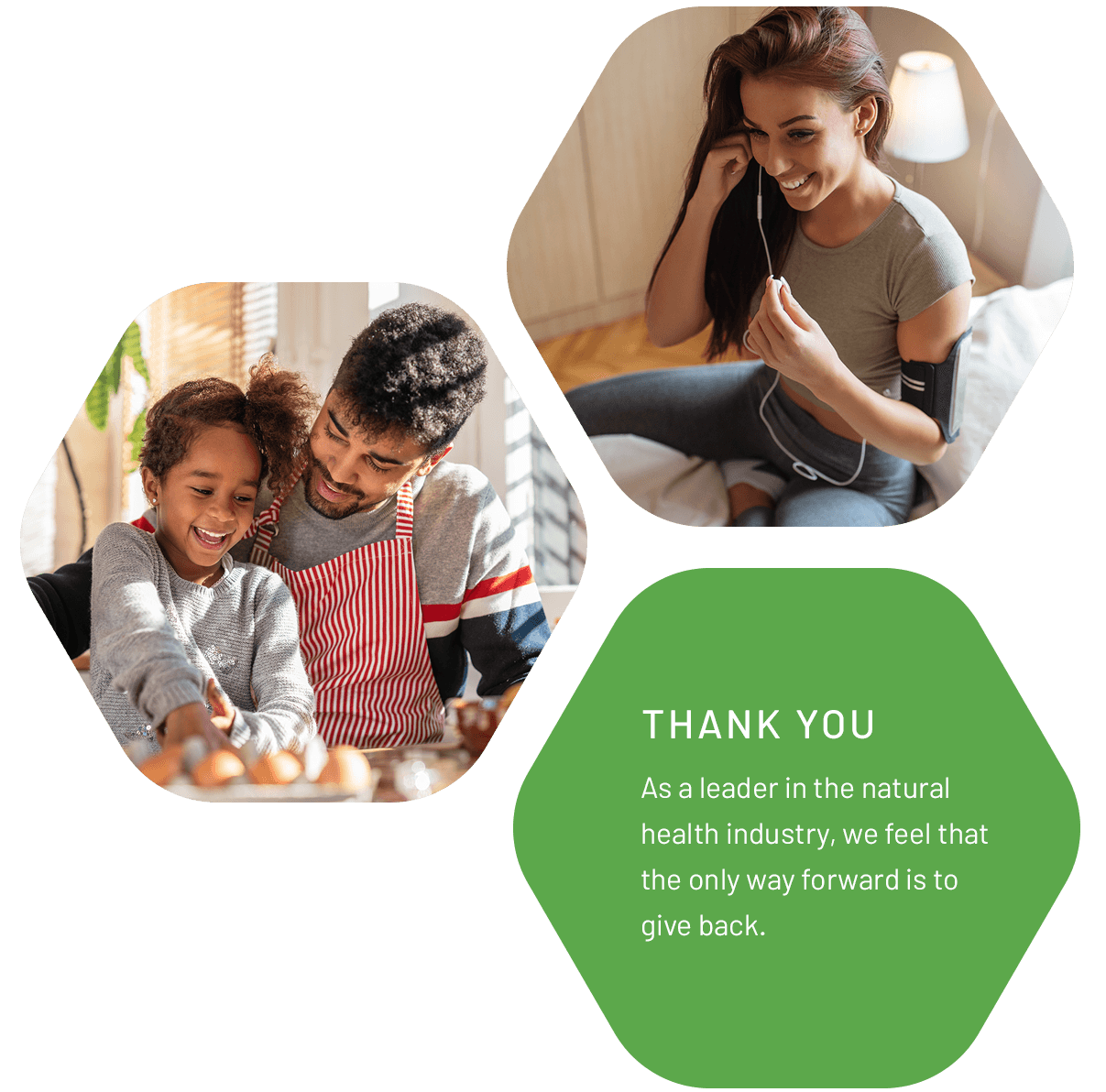 How AOR Gives Back

At Advanced Orthomolecular Research (AOR), we believe giving back to our local communities is one of the most important and valuable things we can do. Whether it is through volunteering, or working with non-profit organizations like Samaritan’s Purse, helping those in their time of need is a core belief of our company. Our goal is to continually seek ways to give our time and efforts to helping others. This is our commitment as an organization and a responsibility we embrace.

Over 100+ Products. Find Supplements Right for You.

At AOR, we believe that truth and transparency are the most important values for any organization to uphold. It is through ethical discipline and evidenced-based science that we lead and advance the natural health industry. As visionaries, we seek to catalyze change and challenge conventions through continuous innovation. We exist to create safe, effective.
Find Products for You